The Dixieland is a Trek America that started and ended in Miami and lasted for 2 weeks.

It started with a quick Trip to MGM Studios, Universal Studios and Islands of Adventure. Then along the coast on the New Orleans where a copious amount of pertying was done. Then it was off to visit Elvis at Graceland. Next was pilramage time to the Jack Daniels distilery. Off to atlanta and we lucked out and got to see the Braves in a finals game before cruising down through St Augustine to Cape Kennedy Spaace Centre. Then it was off to the Florida Keys for some R & R before being dropped off at the airport and heading for L.A.

As there were only 3 participants on this tour, it was extremely flexible. 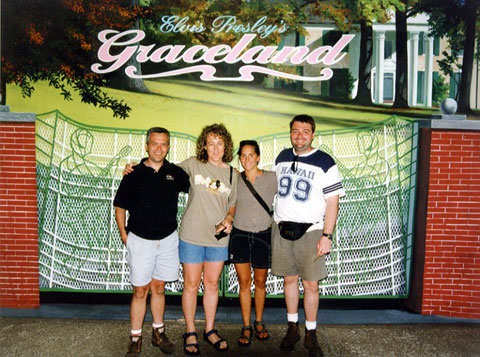 Back to Main Page.